THANKS FOR NOTHING, PRINCE

I hope you’re happy Prince with your mysterious ways, and Dr. Funkenshit’s purposeful misleading information, BS’ing us into thinking your Detroit show was coming to The Fillmore, formerly THE STATE THEATRE, where I swore I would NEVER step a foot into again after the way I was treated at your Oct ’97 “hit and run” show.

I had bruises all over my body, was harassed by people in line, who had visible weapons and then 4 cops, who thought pushing me around was apparently “appropriate” as they dumped everything I owned on THE CEMENT, pounding me repeatedly in my chest and surrounding me, like I was a criminal. Then going inside to SRO was worse… punches, grabbing, groping, mauling, grown a$$ men acting like animals, blocking the view, pounding on us like we were DUDES!

There was no LOVE4OneAnother that night. And I swore I’d NEVER walk in that damn place again not even for PRINCE.

STILL, with the announcement of The Fillmore by Dr. FunkedUp! I thought long and hard, I cried… and cried “how can I NOT go SEE Prince?” But, remembering that terrible night in 1997, I decided “No, I can’t do the Fillmore!” I can’t.

WHAT???? Only to find out – TODAY – SIX HOURS after Tickets went ON SALE…. THAT YOU – my musical love, the maestro of the Soundtrack of my LIFE, were playing at The FOX!!! THE FOX!

The freaking calm FOX Theatre, where I wouldn’t worry about being mauled or having a seizure! Where we had assigned seating and security. WTH?

I AM TOTALLY SICKENED! Completely heartsick by how this was handled, by how we were misled by the overinflated ego and utter misinformation put forth by a fan turned self-appointed official “behind-the scene”, know-it-all, Prince/celebrity blogger.

Thank you, Dr. Jerkoff Funkenberry! You do officially SUCK, as there are certain ethics you should try to uphold when blogging, and “being” you are in the “know” – you do not mislead, reporting erroneously, just to get the jump on others, when really you know nothing more than any other fan: That should be #1 on that list of ethical practices.

Of course, let’s not forget Prince, who could have leaked The Fillmore was not the joint he was going to be appearing at on Thursday, but apparently he didn’t feel the need or didn’t think ahead to what fans would decide based on BS info, knowing our own city and how much worse it’s gotten in 18 years.

I needed this concert, so badly. SO very badly. SO, THANK YOU, PRINCE… with your stupid hide and seek games.

YOUR fans, Prince, are human beings – no greater and certainly no LESS than you in hierarchy – in GOD’s eyes.

We, your fans, are not nameless, faceless, voiceless droids, suddenly appearing before you; We have lives, stories, feelings… we deserve more than 4 days notice and misinformation. Thanks for nothing.

♡~Posted from WordPress for Android~♡

PS. UPDATE To the ignorant commentors:

I was talking about a past event at the state theater, which is now The Fillmore.

WHY? BECAUSE Dr Funkenberry announced on his BLOG, the date and stated “Fillmore are you ready?” Thus eluding to the show being at The Fillmore.

I thought back to 1997 and everything that happened the night of that show and couldn’t bring myself to go there again. NOT after the wonderful experience that was the Musicology Tour.  No way.

It is personal, period. I am not whining, I am disgusted and pissed off. There was no security that night; there was just Billy walking around flirting with ladies. Period.

Prince has his ear to the ground, always! HE knew last Friday night everyone was grumbling about The Fillmore.

He had promised his NPG Music Club Members back in 1997, he’d never perform there again. And that says what? That says,  The Dr lied or purposefully was misleading.

It’s not bad enough, we get 4 days to get things together. 7 days, to find help, a ride, babysitters, etc., if you need them. But, then we get to play, guess where in your town Prince is going to be?!

I purposely slept through ticket sales, because I was heartbroken that I wasn’t going to be going, not to that place… and then, the local news at 4pm announces:

“We finally know where Prince will be performing – The FOX Theatre”.

Umm,  WHAT? Are you freaking kidding me? I just started crying right there, because I know how Prince sells. *poof*

And at 4pm – six hours after Tickets SOLD OUT – they’re announcing a different venue than Dr. Funkentwit had?!!!

Do you understand the anger? Or are you mindless sheep?

I’ve done the queing up, lining up all night, sleeping on cement, sleeping outside record stores, arenas, down secluded downtown streets in my car, I’ve done in the snow, in the pouring rain, in hot as hell weather. I’ve sat at my pc, while in line at a venue, with a friend next to me on the phone with ticketmaster.

I’ve stood waiting to get in to a show with 5 inch heels, no jacket, no coats, in below zero temps, or 100°+ in full purple regalia. I’ve done storming and blizzard-like weather. I’ve traveled across my state, gone to other states.

I AM A Prince Fam, but I am also a consumer.

All of us that read that stupid blog, after the formal announcement on WDIV, didn’t get tickets… BECAUSE OF THE STATED LOCATION on that Blog, feel me?

One tweet from 3rdEyeGirl, stating “not Fillmore”, would have saved a lot of BS from hitting the fam’s in the face yesterday morning.

PRINCE is always in control. HE could have stemmed the tide: He chose not to, that’s not management – that’s Prince. 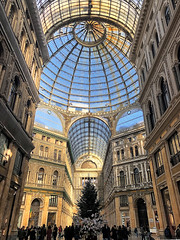