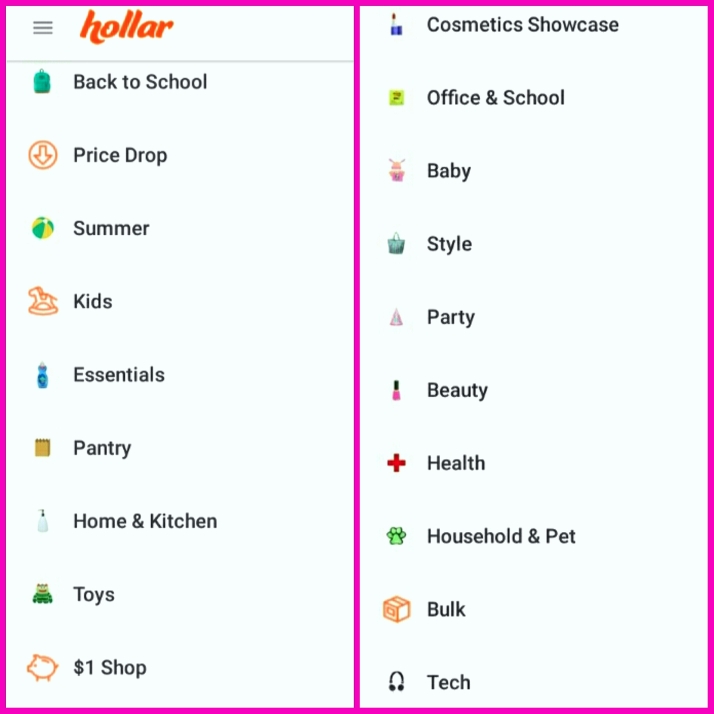 CALLING ALL #DEAL #HUNTERS:
I know you all love a great #deal. That’s why I KNOW you’ll love Hollar.
It’s an awesome site filled with thousands of products — from #toys to #beauty to #wedding and #party items ; #pet care and little outfits, etc. to #fashion, #appliances and #tech!
OK, BASICALLY, THEY HAVE EVERYTHING! — All starting at just $2. Just look at the category list below. ⤵️
I found an Empanada Maker I’ve been wanting and looking for everywhere for years! 😊 I spend hours looking through the pages, I’m not kidding! 😳 Everything is 50-90% off! I’m talking name brand stuff. So, go take a look!
Please, use the link below so they know I sent you. You WILL love IT, I promise… Everyday is a surprise: And you’ll get $2 for signing up… Check it: https://api.hollar.com/share/25m6l9wr
#discount #discountshoppers #amazingprices #greatdeals #savemoney

THE A SAMPLING OF THE CATEGORIES OPEN TO TEST AND REVIEW AS A MEMBER OF THE INFLUENSTER NATION!

Join me on @Influenster to #win EPIC HOLIDAY PRIZES: and #test and #review #boxes of #FREE #products in exchange for honest REVIEWS!

Join with the link below to win cool tech gadgets and more!www.influenster.com/r/75902?utm_campaign=sum

FOX unveiled “The Choice” with a mighty “Voice”-esque promo that aired during Wednesday (May 2) night’s “American Idol.” The series will premiere on Thursday, June 7 at 9 p.m.

In “The Choice,” four celebrity bachelors will look for love, but at least initially, they’ll have to do it without their eyes. Sitting with their backs to the singles, the celebrities have to listen to them talk about their likes and dislikes and whatnot. Based on that, if they’re enamored, the celebs will have to yank their “love handle” to turn around and face the contestant. If more than one celebrity yanks their love handle, they have to make their pitches and the single gets to choose.

Next, in the “Speed Choice” round, the women have seconds to convince the celebrities to take them into the final round. And in the final round… Oh, you’ve seen TV shows before.

“The Choice” will be hosted by Cat Deeley, doing double-duty this summer with “So You Think You Can Dance.”   FOX has yet to announce the participating celebrities, but don’t worry, there will also be episodes featuring female celebrities blind-choosing bachelors.

“We wanted to put a new spin on the dating game show that gives celebrities ‘The Choice’ of a lifetime and the chance to prove you really shouldn’t judge a book by its cover,” blurbs FOX Reality Guru Mike Darnell.

“The Choice” is produced by A. Smith & Co. Productions, which also brings “Hell’s Kitchen” and “Kitchen Nightmares” to FOX.

Darnell has long specialized in quickly produced spins on competitive reality formats. Remember when “The Contender” begat “The Next Great Champ”? Or when “Wife Swap” was going to be big and FOX suddenly had “Trading Spouses”? Or when “Nanny 911” looked an awful lot like “Supernanny”? This may be the first time, though, that Darnell has bitten back after one of his formats was Darnell-ized